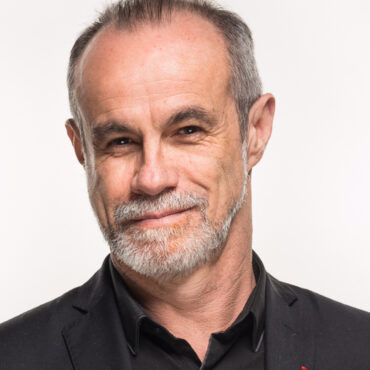 Researcher and personality of international reputation, Carlos Moreno is associate professor at IAE Paris – Panthéon Sorbonne University, and co-founder and scientific director of the ETI chair “Entrepreneurship, Territory, Innovation”, specializing in the study of complex systems and in the development of innovation processes.

A scientist recognized for his reflections, works and original proposals concerning urban issues, he is a pioneer of the “Smart City”. He was also a successful entrepreneur with a disrupted start-up. Scientific advisor to major national or international players at the highest level, including the Mayor of Paris Anne Hidalgo, for whom he is his special “Smart Cities” envoy.

Carlos Moreno is one of the visionaries who have always brought a new perspective to these themes. His research places him at the heart of themes of international scope, with the “Digital and Sustainable City”, which he formulated in 2006, at the forefront of the “Smart City”, which appeared in 2010, then overtaking it with the “ Human Smart City ”in 2012,“ the Living City ”in 2014 and the“ Ville du Quart d’Heure ”then the“ Territoire de la ½ Heure ”in 2016. These last two concepts combine a new urban and territorial approach to the clock. town planning, chronotopy and topophilia.

Carlos Moreno’s contributions are used all over the world, honored by their originality and have been incorporated into multiple projects of local governance and urban transformations in France and around the world. Also engaged in the field to test its concepts, with a vast national and international ecosystem, it is at the initiative or participates in multiple activities, bringing together experts from around the world to promote the transformation of lifestyles and urban spaces and respond to the challenges of cities, metropolises and territories in the 21st century.

He was made Chevalier of the Legion of Honor in 2010 by the French Republic and he received the Medal of Prospective in 2019 by the French Academy of Architecture.