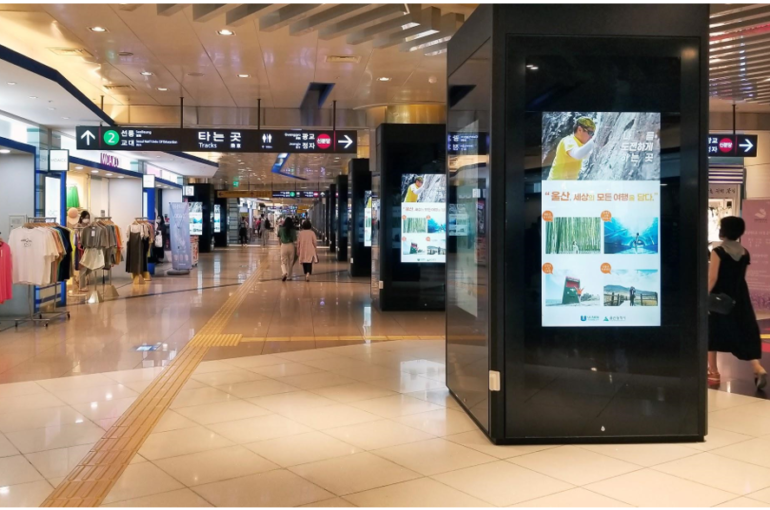 Rafael Luna is an assistant professor at Hanyang University and co-founder of the PRAUD architectural firm. He received a master’s degree in architecture from the Massachusetts Institute of Technology. Rafael Luna’s current research focuses on hybrid infra-architectural typologies as urban efficiency systems. He is the winner of the Architectural League Award 2013, and his work has been exhibited at MoMA New York, Venice Biennale, Seoul Biennale, as well as international publications.

The emergence of blockchain, and distributed ledger technologies, have been widely controversial just as the internet was in its early stages as their implications of their development have not yet matured. The ambivalence towards this new technology is evident by the lack of global regulatory unity: there is lack of regulatory clarity with cryptocurrencies in the United States, a back and forth banning of cryptocurrencies in China and India, yet they are embraced in Japan, Korea, UK, and Singapore [1]. The reality is that the promise of decentralization through blockchain threatens legacy systems in government and economics as it signals a new paradigm shift in the way humans will operate as a society. The recent Acting Comptroller of the Currency in the United States, Brian Brooks, rationally explained how the OCC could envision a fully integrated crypto economy that doesn’t have that clunky connection with the old world [2]. While these technologies are being explored as a new financial world order, their implications to the built environment have endless ramifications for the democratization and optimization of the city as a shared decentralized commodity. Through the digitization process, anything will be able to be transacted for anything else, guaranteed by smart contracts that allow for secured transactions to occur transparently, and indiscriminately.

Countries like China are working towards issuing their CBDC (Central Bank Digital Currency) in order to break away from the global reserve currency that is the US Dollar. While this may have the effect of creating a stronger overview of its citizens, allowing the government to monitor every transaction, this might also provide invaluable data on the logistics of a city, and will allow for a smooth and fluid dynamic use of public infrastructure. Paired with AI, and facial recognition algorithms, a smart city could potentially track each of its citizens in terms of their use of facilities and amenities and charge them micro-payments per use. For example, in a city like Seoul subway stations form an underground layer of the city, offering underground shopping districts that connect to private buildings above. Eliminating the subway payment gates would blur the boundaries between public and private spaces as citizens can freely move in and out, underground, above ground, at any station without stopping for traditional payment of their fare. A facial recognition system could directly charge each user. This can be done as Korea issues their CBDC, and each citizen would then have a crypto wallet number assigned. This could imply a complete liberation of one’s movements through the city.

The use of public space could also be available for any possible event. There wouldn’t be a need for social contracts between the city and its citizens, such as permits for protest, permits for selling on the street, permits for markets. The digitization of the public space through blockchain registration would permit these scenarios to take effect. Street vendors, for example, could very well set up shop on any sidewalk, as a smart city would track the activity, and it wouldn’t be illegal since there would be an inherent contract: public use of space with commercial intent would automatically get charged fees or taxes. It is also very likely that even illegal goods sold out in the street would be eradicated as blockchain is also being developed to track the veracity and supply chain of each product.

This may seem like an Orwellian “Big Brother” dystopia, yet it might be inevitable. Software like Tensorflow is already being implemented to produce facial recognition systems in many cities. Vehicles are becoming autonomous, therefore also trakable. The distribution of smartphones is reaching a larger number of the population each year, meaning a larger portion of the population can be tracked and further personal data can be continuously collected, and analyzed. Through the digitization of the economy with blockchain and cryptocurrencies, citizens will eventually become crypto wallet numbers that seamlessly transact with micropayments as they occupy the streets and sidewalks. The city might become more responsive and free in this way and what may seem like a dystopia, will slowly become the norm for the next generation.