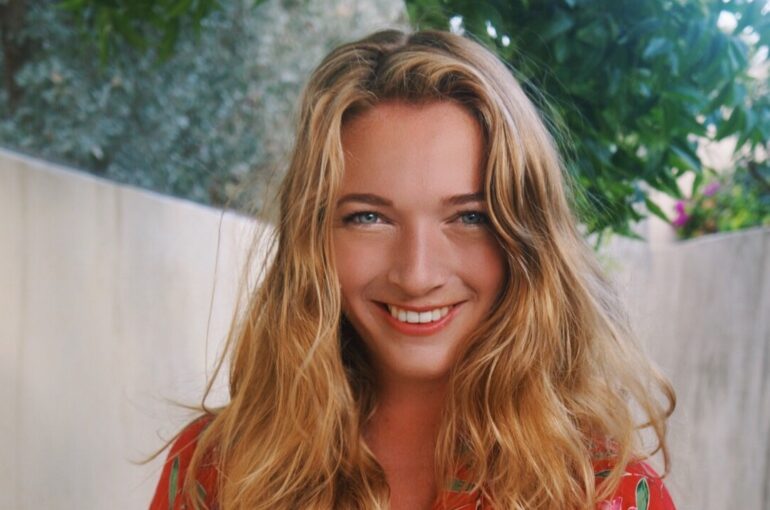 Each week, Urban AI presents you one member of its Scientific Committee. We begin this series of interviews with Nadina Galle. Nadina is an Ecological Engineer who coined the concept of “Internet of Nature”. She is the Co-Founder of Green City Watch, Research Fellow at Metabolic and is a former Fulbright Scholar at the MIT Senseable City Lab.

Could you explain to us what an ecological engineer is ?

Could you tell us more about the Wood Wide Web ?

In the late nineties, Dr Suzanne Simard was one of very few PhD students to publish her doctoral research in Nature. In that research, she looked at how she could actually track the communication between different trees in a forest via their underground fungal fibre networks, later nick-named the “Wood Wide Web”. Dr Simard proved that trees not only trade carbon and nutrients with their root systems and fungal fibres, but in fact these fungal fibres also connect different tree roots and allow a kind of biological communication between them.

This has inspired me a lot throughout my studies, and I always wondered what happens to this biological communication network when we plant trees in cities. And it turns out, as my PhD research showed, that sometimes the connections can actually be disrupted. Then I began to think that if we wanted nature in the cities, we, as human beings, had to step in and be stewards of the trees. We should help them where the communication network can be interrupted.

I think using technology as a tool to make that happen is one of the promising ways to achieve it and that process is what I call the Internet of Nature.

You said that trees talk to each other, but what do they say ?

The research of Dr Suzanne Simard and many others proved that trees are social beings. We used to think of trees as individuals surviving according to the Darwinian model of competition, but in fact they are constantly cooperating.

One of the best ways to see it is to lie down on the forest floor and look up at the canopy. You’ll see that the canopy of the trees actually fit each other into this perfect mosaic. They are not overlapping with each other; they actually really cooperate to maximise the sun that the individuals can get without encroaching on each other’s space.

Research has also shown that when a tree is dying, other trees in the vicinity transmit a sugar solution to keep it alive. They are really kind of supporting each other, almost in the same way that we take care of our elders in our community.

Another kind of really amazing example is the acacia trees in certain parts of Sub-Saharan Africa. Researchers noticed that when a giraffe would be eating from an acacia tree, it wouldn’t finish eating at one. Instead it would walk some 50 metres and then go eat again at that tree even though there were other trees closer to it. What it turned out is that when you start nibbling at the leaves of an acacia tree, after some time, they produce this very bitter taste. It’s a protective mechanism. What happens is that it actually sends a warning signal to other trees that are connected by the roots. It tells the other nearby acacia trees that a giraffe is coming so that they can produce the bitter solution, even before the giraffe has started to eat the tree. And the giraffe has learned this as well, so it no longer goes to the next tree, but it walks some hundred metres to go to the trees over there. It means that trees are actually able to send each other warnings and distress signals when things go wrong, which is absolutely incredible.

As you said it, nature is not only competition but also cooperation. Does it mean that trees can teach us how to better cooperate and to become a healthier society ?

I hope so. There’s a lot that we can learn from trees. We must be careful not to anthropomorphise too many of these lessons, but when we look at trees, some way that they cooperate with each other, share resources, take care of their elders when they are sick or dying, can inspire us. It is a beautiful life lesson that I think we can take away from it.

The research on exposure to nature and to wild areas and what that does with human wellbeing is overwhelming. So yes, it’s about making sure that nature is prioritised in cities and that they do have more space for these natural processes to occur. But It’s also about telling people that what you see of the tree is only part of the story. There’s another whole story going on underground and we can’t forget the important role that soil plays in creating nature-based cities. So, it’s also about changing the perspective and allowing people to think about what happens under their very feet, which is in the soil.

How do you do this ?

I think one of the most exciting ways is to use technologies to aid both in the monitoring of urban soil but also in raising awareness about urban soil. One specific technology is the use of soil sensors. You can use the soil sensor to give you an indication of the salt for exemple. There’s also an important AI perspective. We are currently developing algorithms that have learned from previous soil moisture measurements, as well as online weather data, tree data and soil data, to create a model that predicts soil conditions. And when you’ve created that, then you’ve completely transformed urban ecology and green care from the very reactive sector to a much more proactive one.

The investment in business and technological opportunities is huge here. This is not just a sustainability greenwashing thing, it can actually save hundreds and thousands of litres of water and resource costs because we can optimise these processes. We can move towards a data driven approach to urban ecosystems instead of driving around trees with the watering truck, sticking a finger in the soil, seeing if it’s dry, making ourself an estimate and then giving it some water.

When we talk about smart cities and urban AI, we often think of mobility, waste management and all of these different civic progresses. But urban ecology tends to be left behind. We need to realise that technology can be a very powerful tool to, not only monitor urban nature, but also reconnect people to it. Indeed this sensor data doesn’t just have to go to the tree care manager, it can also be put on a screen in a neighbourhood centre. Kids, residents, can actually take action and water the trees themselves and then watch their progress based on what the sensor is measuring.

Do you know some places where this kind of civic commitment through urban nature monitoring is already existing ?

There’s one small village in the south of the Netherlands called Geysteren where it’s happening [we mention this in the Smart Urban Forestry paper as well].

It’s just a tiny little village and that’s something I like. You know, when we think about urban AI, we think about London, New York and Singapore. But there is so much innovation happening in these very small to medium cities as well. As there’s less bureaucratic tape to get through, they can easily kind of pilot these innovations.

In Geysteren, there are like a couple of hundred people that live there. They implemented a couple of sensors in some newly planted trees on a town square and made this data available in a café. So kids can get a lemonade and adults can get a beer while watching what the sensor measurements say. There are also hoses and buckets put outside of the café. Thus, if the dashboard is red (meaning it’s getting critical), you can take a bucket, water the trees and then come back and see if you made a difference.

Thanks to data, people take care of trees ?

Exactly! And then, the city doesn’t have to do it. Not only are you taking away management expenses for the city, but you’re also allowing citizens to take part in something that they otherwise wouldn’t have done. Because the hard thing about watering trees is that it’s very difficult to know how much water a tree needs just by looking at the soil. An important lesson that we’ve learned over the past four years of using these sensors in different projects is that tree care managers say, “I always thought that I was watering too much, and the sensors showed me I was not watering nearly enough!”. In the Netherlands, we typically lose about 15% to 20% of newly planted trees because they have been under watered. Thus, it just gives an indication of the impact that this data-driven approach can have. And that’s just one technology.

Why is it so important to have trees in our cities ?

I can tell you all the scientific evidence about what it does for reducing air conditioning costs, intercepting storm water, reducing crime rates and raising property values. And there’s research abundant, but I think the most important way to understand is purely the feeling that you have when you have trees around you. You don’t realise the importance of the shade or the cooling that they give, or the sound of the birds and what that does to your mental state of wellbeing, or the wind rustling through the leaves until it’s gone. Take a photo of a street with a lot of trees and then photoshop that photo and remove all the trees. Here you will see how important it is for us, as human beings, part of nature.

I think there is a universal connection to nature, an intrinsic want to be around nature and we call that biophilia, the want of being close to nature. That’s something that we need to integrate into our cities if we want to make them as future-proof as possible.

This interview was first published on our Medium Publication : https://medium.com/urban-ai/meet-nadina-galle-1-2-9854dafe588e