CityScope: the AI ​​for an enlightened town planning 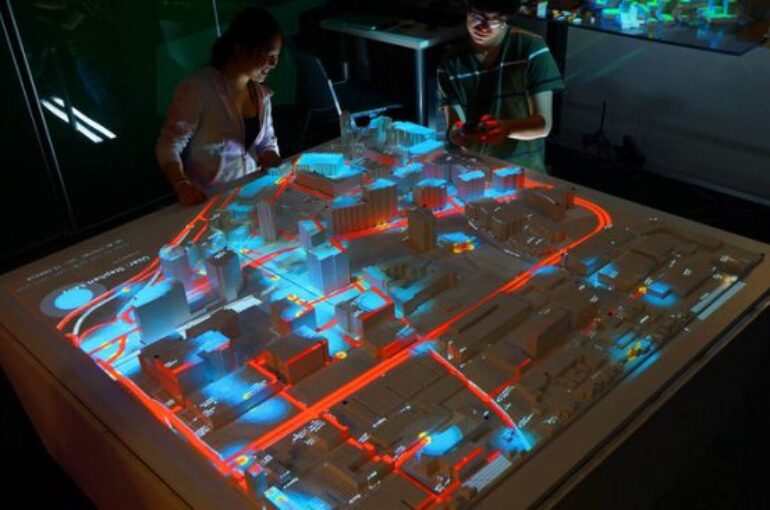 Created in 2013, CityScope is an incredible urban management platform. Indeed, CityScope is entirely made of Lego: parking spaces, parks, hotels, shops etc. all the infrastructures of a city are replicated using the famous Danish bricks. Better yet, they are put together according to the city’s urbanism and geographical plans from which this platform derives.

One of CityScope’s challenges is to better visualize the changes generated by urban management. The Lego model is therefore connected to a software checking social, economical, demographic etc. changes in real-time, caused by any brick’s movement (symbolizing a city’s infrastructure). To do so, the software based itself on several inputs such as social diversities, air pollution etc. which evolve together with the conceptualized urban transformations. For example: adding a shop in a certain area will increase its economical growth but decrease its social diversity.

Used by more than 15 cities around the world, CityScope has been beneficial to the city of Hamburg where it helped with the migrant crisis. Indeed, the city used this tool in order to find short-term solutions (by estimating the city’s housing capacities) but also to create scenarios and have a more contextual approach (to determine which area will help its new inhabitants to thrive).

CityScope helps us identify certain uses and analyze how some individuals take a certain area over. This is also the reason why this platform has been installed in Andorra. “We wanted to understand why some places were bustling, dynamic and why some weren’t” (A.N.). In this regard, the Science City Group teams began to collect behavioral data. “This principality only has one telephone network operator. We were therefore able, with a high granularity (2m to 3m), to analyze the commutes of a large part of the Andorran citizens (70,000 spots of data per second for a population of 76,000 inhabitants)”. This data set has then been coupled with other information linked to infrastructures and layouts in Andorra. This is when AI technology comes into play. This latter has highlighted correlation links after analyzing an enormous amount of data.

Predicted areas who can potentially attract groups of people in Andorra.

“We noticed that spots near schools were barely lively. On the other side, religious facilities make public spaces even more lively. Furthermore, we’ve observed a positive correlation between cultural diversity and how dynamic a place can be” (A.N). CityScope has also revealed incredible results : “We realized that parks made one area less attractive. This makes sense given the fact that Andorra is surrounded by beautiful mountains and forests. Andorran people, and mostly tourists, are therefore more incline to leave the city for some peace and quiet in the middle of the woods”.

A transparent and enlightened urbanism

CityScope helps us to better understand a city’s uniqueness as well as its usages. In this regard, it is a wonderful tool of urban structuring. AI technology makes an enlightened urbanism possible, here to serve its citizen.

A digital and open version of CityScope is also available online. “People from all over the world, for example from Budapest, use this platform” (Ariel Noyman). However, “the real plus CityScope offers is its physical interface. With the Lego, people naturally try to build structures” (Phil Tinn). A form of co-governance which encourages transparency and exchanges.

Cover Picture from More than Green