“If we have used an AI to build Paris, there wouldn’t be a single tourist” – Gaspard Koenig 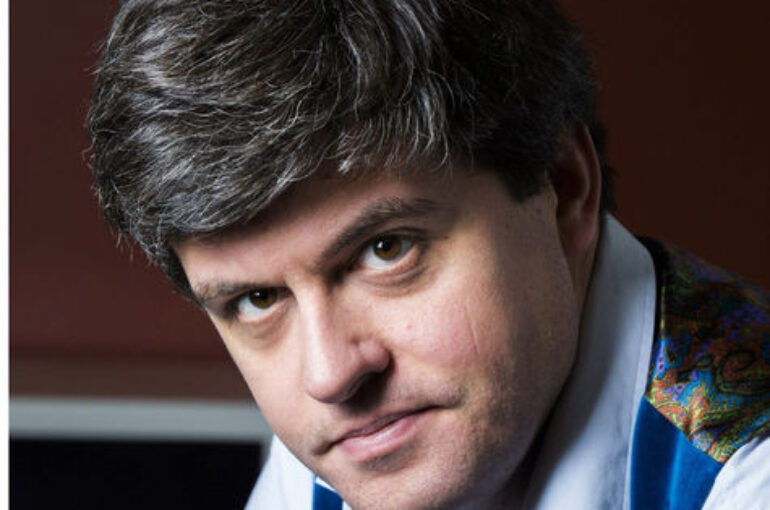 Philosopher, essayist and President of the Think Tank Generation Libre, Gaspard Koenig made a journey to the heart of artificial intelligence ! In his latest book, he discusses the promises and risks of this technology.

In your latest book, The End of the Individual, you notice that the values of Confucianism correspond perfectly to the characteristics of AI. This is not the case with Western culture. Does it mean that we are doomed to be behind China in terms of AI?

The United States has been ahead in basic research and technology development. China, as Kai-Fu Lee says, is in the implementation age. In this age of implementation, it is the amount of data available and the ability to deploy these AI technologies extensively that matters. On this point, it would seem that China has no restrictions. As far as we are concerned it is difficult to see how our regulations, which are o justified, could not have an impact on AI research. As a result of these restrictions, we deprive ourselves not only of tools but also of databases and therefore of the capacity for improvement. In China, AI is in line with the culture and aspirations of society. Thus there is a general enthusiasm for this technology.

What interests me is whether an alternative model, using technology less efficiently but more respectful of our private lives, can exist or whether, gradually, the Chinese model will prevail.

In Los Angeles you met activists who are fighting against predictive policing. What do you think of PredPol?

I didn’t meet with the Los Angeles Police Department. Thus I only had one opinion. What is certain is that the opinion I’ve had is extreme and that it does not propose any solutions except to withdraw from the world. The question of predictive policing refers to the eternal dilemma between efficiency and freedom. If this technology allows police officers to conduct better patrols and fight crimes more effectively, it becomes complicated to be against it. However, it is crucial to understand the data connections on which these systems are based. Citizens must have the right to control their data. Even if it generates sub-optimal algorithms and creates a less efficient predictive font.

You propose to give everyone the possibility to be master of his data and to acquire a form of digital autonomy. Aren’t you afraid that well-being is preferred to freedom?

The solution I propose leaves everyone the opportunity to make this choice. The one who prefers well-being will be able to accept the nudge and provide his data. Anyone who wants to remain “free” can also protect their data for a financial compensation. Between the two, a range of different choices will naturally emerge. Some will choose to deliver their data for e-commerce but not share their geolocation. Others will refuse to provide their data to the pharmaceutical industries but will agree to help medical research. If a collective choice emerges, it will emerge in spontaneous order, according to the choices made by millions of individuals. In this social balance, those who want to live in an extremely protected way can always do so. These will therefore be stowaways who will benefit from advances to which they have not contributed. But there have always been stowaways. We all benefit from blood bags when we don’t all give blood. Despite this, I prefer to protect these stowaways. They constitute these grey areas that make society sub-optimal but allow error, divergence, trial and therefore progress

You’ve noticed that behind a computer it’s possible to thwart an AI. In an urban context, this seems much more complicated….

Actually these strategies are not a structural solution. They are deployed by an activist minority. I am sure that these same activists will develop solutions to escape the eyes of surveillance cameras in cities. In Hong Kong, this is already the case since demonstrators have created stickers to fool surveillance cameras. These systems are likely to improve and, in turn, overcome resistance… In Minority Report, John Anderton (the protagonist) gets his eyes grafted to thwart retinal recognition. This case is obviously extreme but it shows that it is always possible to cope with the system.

A related question to the one you are asking concerns regulations. In Smart Cities, will citizens be forced to use autonomous cars? 100km from Beijing, Xi Jinping is trying to build ex nihilo a Smart City for autonomous cars. In this case, the question of whether people can drive manually becomes a matter of public policy. In my opinion, it is important to be able to travel in a city without having to say where you are going and in a car that belongs to you.

We are seeing the emergence (especially in China) of “autonomous-car-centered” cities. The 20th century has been criticized for producing car-centered cities. Are we not repeating the mistakes of the past?

Technology must help us to build our lives and not the other way around. That’s what I saw in autonomous ports in China. Ports are wonderful place that have been sung for centuries. In the case of autonomous ports, not only are there no humans, but if there were a human, this would lead to malfunctions. This same logic leads to the construction of cities, including in China, which are awful. As a result, during their holidays, the Chinese do not visit Hangzhou but come to Paris and take pictures while marvelling at the Marais and Boulevard Haussmann. The beauty they see and recognize as a human being is a beauty that has been constituted by spontaneous order for centuries. If an AI had been used to build Paris, there would not be a single tourist on the streets. What is being built in China does not take into account basic anthropological needs. This may turn human beings into machines instead of allowing them to thrive through the machine.

My ideal city will necessarily surprise me and be born of unexpected processes, spontaneous constructions and imperfect individual research. It is therefore impossible for me, by definition, to predict it.