How Montreal will use AI technology in the next coming years 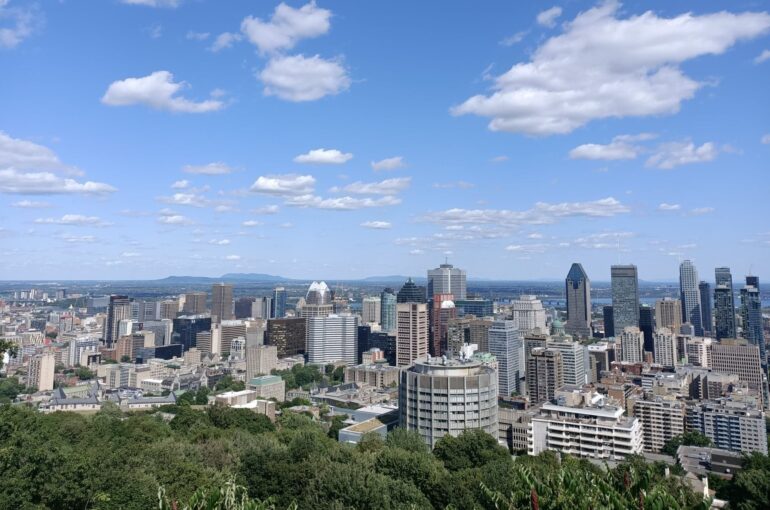 Last May, Montreal stood out of the crowd by winning The Smart Cities Challenge. Quebec’s metropolis has also won a 50 millions dollars prize allowing it, among other things, to create and develop its own AI technologies. In this regard, how will one of the smartest Canadian cities use this technology? To answer this question, I met Martin Guy-Richard (Director of Montreal’sBusiness Intelligence) and Véronique Dufort (chief of the Open Data team).

Montreal has an open data portal on which nearly 330 data sets are available. It is therefore possible to browse information related to criminality, environment as well as the city’s infrastructures. “In the beginning, we did this [open data] to become more transparent. Now we also want to use open data in a strategic way. This means we’re thinking about how to apply these data within fields they made possible (open with purpose)” (V.D.). These open data helped startups such as Transit (mobility aggregator) and Local Logic (real estate data analysis) to train their algorithms and to refine their AI technology. Furthermore, it is interesting to see that Montreal also uses this portal: “Montreal is made of 19 districts. With this complexity in mind, the portal is also a way to improve our organisational efficiency”. Therefore, this tool allows for Montreal to work less in silos (a comment often made to public institutions) and to reach out for a more transversal governance. “Because of these circumstances, we became a team with a global vision of Montreal.” (V.D.).

Besides centralizing already existing data, Montreal makes sure to create new ones. As a result, each year, Montreal makes an app called Montréal Trajet available to its inhabitants. For 1 month (from the middle of September to the middle of October), this latter registers its users’ travels anonymously (under users’ approval). The city hall is therefore able to analyse and see how Montreal people use space and to determine if its infrastructures are adapted for them (with the possibility to change the locations of traffic lights, crossroads, etc.).

However, opening data should not go against the protection and well-being of citizens. “This isn’t only about having transparent data. They also need to be ethical.” (V.D.). In other words, the data portal shouldn’t give any information about Montreal people’s private life (such as their address) nor release information capable of putting the city in danger (preparation time of a fire station). By collaborating with other participants, Montreal is working on a charter aimed at proposing a better supervision of numerical data.

… for an AI technology capable of serving its citizens

For more than 3 years, Montreal has had its own AI unit (related to the Business Intelligence one’s and made of 18 people). The city wishes to create smart systems to improve its citizens’ daily life. In this regard, Montreal is working on a project where the AI will be able to detect unexpected obstacles: “authorities always include diversions whenever there are roadworks ahead. However, some vehicles may sometimes obstruct these diversions. As a result, we end up with heavy congestions. We want to use computer vision to automatically detect these obstacles and be able to propose an alternative route to the citizens of Montreal” (Martin Guy-Richard).

This project to detect obstacles is very much a long-term strategy. Montreal has therefore identified 13 priority construction sites where the AI could act for the next 5 years. We can also find projects linked to the analysis of crowd movement (detecting abnormalities, discomforts, acts of violence, etc.), automatic transcriptions (to optimize the emergency call centers) as well as the automatic recognition of city archives.

To start these projects, Montreal is willing to proceed in an ecosystem way. At the end of summer, it will have a laboratory at MILA Institute (Quebec’s Artificial Intelligence institute). This partnership will make it benefit from the AI expertise of one of the biggest machine learning center in the world. Having a place in such a highly innovative space will also be an opportunity to share and create a synergy between major Tech participants (Samsung, Microsoft, Element AI, etc.). Furthermore, Montreal is also going to work with the CRIM (Computer Research Institute of Montreal), one of Canada’s largest applied IT research centres.

What can we learn from the Montrealer model?

This willingness to bring together a collective intelligence around AI technology is in Quebec’s DNA. As Monique Savoie said (Founder and president of the Société des Arts Technologiques): “Quebec is like a survival laboratory. The oral transmission and networks culture is very strong”. Here, collective intelligence (and AI) wants, in a very concrete way, to help its citizens.

But not every city has the financial means nor enough technological maturity to develop their own AI. In this regard, and as Montreal’s example shows us, local institutions can still keep a decisional power while leading a well thought-through and non-random political approach through open data.