Is cities’ future as that of Minority Report’s? 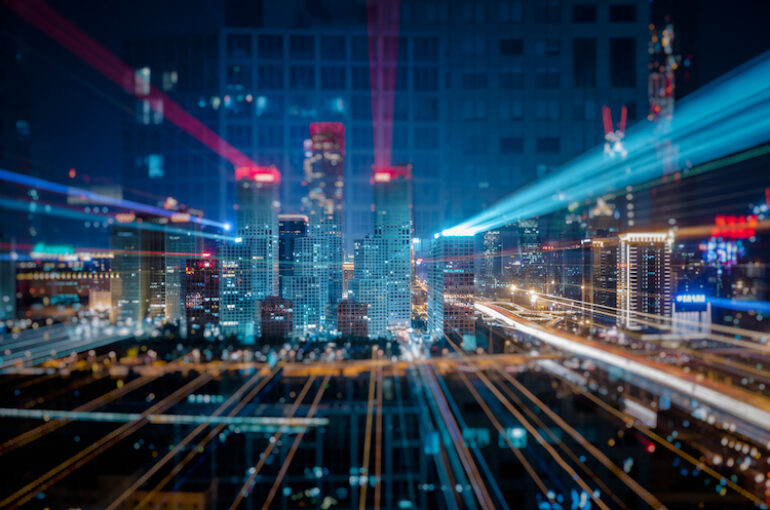 In Steven Spielberg’s Minority Report (2002), the movie takes place in a futuristic city (Washington in 2054) full of incredible technologies. Among them: self-driving cars, advertisements tailored to each individual (through eye sensor technology) as well as crime predictions. However, are these innovations really just a part of the science-fiction’s realm? Moreover, what do they tell us about the future of our cities? To answer these questions, I have met Radu Bogdan Savonea (founder of TPS Engage) in New York and interviewed Brian MacDonald (Predpol’s CEO) in California.

Founded in 2013, TPS Engage uses computer vision and machine learning to create contextual urban advertisements. To do so, the start-up follows a two-step process: “We connect the advertising screens to our platform, then we set up sensors to collect data about our audience (its demography, how many cars and car types there are, etc.)” (R.B.S). These data are coupled with other information from Google as well as social media networks (weather broadcast, events, etc.). From these databases, TPS Engage can advise its customers and tell them which spot or moment during the day are perfect to broadcast their advertising contents (according to the targeted audience). On top of that, the start-up makes a dynamic and interactive content possible. Indeed, TPS Engage proposes to generate different advertisements according to many different scenarios (rain + feminine audience, nice weather + sports event, etc.).

Implanted on three continents (Europe, North America and Asia) and connected to more than 600 000 advertising screens, TPS Engage works with around 20 key account customers. The company has also allowed Uber Eats to create advertisements according to the closest restaurants within a user’s area and specific moments of the day. For Uber Eats, this contextual advertisement is doubly advantageous: increase its sales and optimize its logistic supply (products from restaurants closer to the customer and thus implying a decrease in delivery time). It is interesting to note that the business model of TPS Engage (SaaS platform and subleasing of advertising billboards per hour) allows some less major players to benefit from this technology. The NGO Hospice has therefore doubled its ticket sales by 2.73 until they were all sold out.

This technology could also be beneficial to cities. Radu-Bogdan Savonea says he is ready to put its platform at the city halls’ disposal so as to share public interest’s information (extreme weather conditions, warning as to the air pollution or the traffic).

Think about it: as you’re walking in Time Square, a message from the New York City’s DOT (Department of Transportation) appears to warn you that the traffic is quite dense today. Seconds later, on the same digital screen, an Uber advertisement pops up and highlights how good their on-demand bikes are (Jump).

With the help of AI technology, Predpol has the ambition to help the authorities to be more “precise, transparent and fair” (B.M). The Californian company is therefore training its algorithms on 3 data basis: nature of the crimes, their location as well as date and time. By using machine learning, Predpol can therefore estimate which geographical area has an increased chance of certain crimes happening depending on specific hours of the day. However, “Predpol does not pretend to be willing to arrest people itself. It only wants to give a hand to patrols in certain areas to make them safer” (B.M).

The startup has worked with around ten American cities (including Los Angeles and Santa Cruz) where it has contributed to reduce crime rates from 15% to 30%.

In both cases, we are still far from Minority Report. This is because the data collected are contextual and not personal. With TPS Engage, as with Predpol, it is not people but environments (or even groups of people) that are targeted. “We’re interested in the why, where and when but never the who” (B.M).

However, these AI do raise the question as to our cities’ future. Would we be happy to live in Steven Spielberg’s Washington ?

The city in which Tom Cruise’s (aka John Anderton in the movie) story takes place is the biggest symbol of transparency. Nothing of John escapes the city (its geographical position, its desires, its intentions). The film recounts John’s painful attempt to escape this empire of transparency. When he succeeds he becomes capable of freedom – so as to remind us that our own humanity also needs shade to express itself.