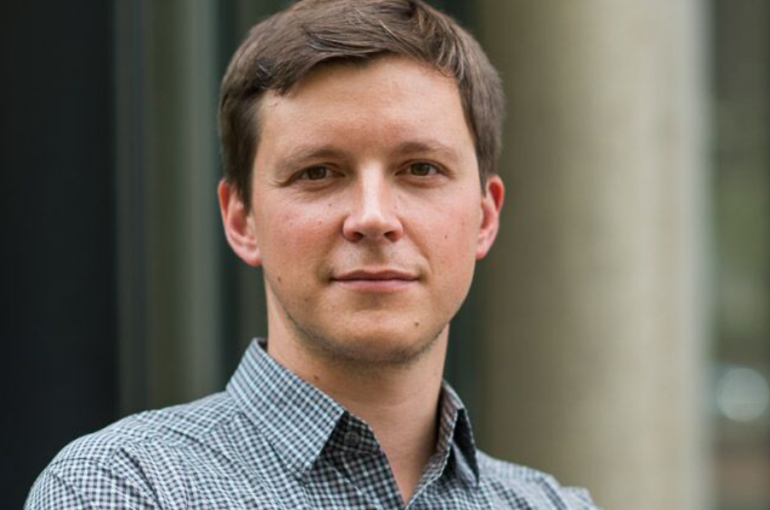 How can AI help us create more walkable cities? What does the future of mobility look like? To answer these questions (and many others!) I’ve interviewed Andres Sevtsuk, Director of Harvard’s City Form Lab and Associate Professor of the Department of Urban Studies and Planning in the MIT.

You’ve created the urban network analysis tool box. Could you explain what it is?

How can AI help us create a more walkable city?

On the one hand, cities are collecting all kinds of data. But most of that data represents historically powerful interests. Thus most of the data that we have about mobility is about cars. A lot of cities have traffic counters, loop detectors, cameras, etc, that measure traffic flows all the time. When it comes to a conversation about how to renovate a major street, the only people with numbers around the table are traffic planners. Now, AI can be used as a way to take the footage from all the street cameras that cities have and use that footage to count what happens on sidewalks. That is one example where AI could help at least equalize the conversation and collect data about pedestrian activities.

Furthermore, a lot of cities do not have any good data about their sidewalks and the network of sidewalks. If you look at Google Maps, or at Open Street Map, these are street center lines. They do not differentiate whether there is a sidewalk or two sides of the street. However this is critical data if we want to take walkable cities seriously and do things like pedestrian impact analysis as part of every project. To generate that data, it’s very labor-intensive because you can’t actually do it from the satellite image (because you can’t detect level changes). So one option is to use package delivery robots. For instance companies like Starship Technologies do package deliveries as a by-product of their roaming robots but they also produce maps on the side-walks they roll off. If we could do that city-wide, we could map the entire network of side-walks in a city using little drone devices which roll on wheels.

How are autonomous vehicles going to transform our cities?

I think the answer to this question depends very much on what cities do about it. If they leave everything to the market, if they leave private companies to decide, then I believe we are going to have another motorization wave. That means people will switch increasingly from public transport and walking over to cars because the price drop will be so significant. In the US context for instance, automating a Uber will cut the price in half. And that will basically mean a huge shift in demand. More and more people will want to drive one of these cars. Now, if we want to avoid the mistakes that cities did back in the 30s, 40s, 50s, 60s, when we basically built cities around the automobile, then we have to really urge and build the incentives so that the automation technology will be put to use in shared and public transit vehicles. That way, we will have the technology serve to equalize access for all, least space wasted for traffic, less congestion and produce more dense, mixed-use and vibrant cities.

You’ve worked on the Lasnamäe project, “the unfinished city”. Can you tell us more about this project?

That was a studio we did with graduate students at Harvard. We looked at a large neighbourhood of Tallinn, it’s a Soviet era neighbourhood almost entirely made of housing. It’s kind of like “the Banlieues of Paris”. It was called unfinished because the district was built by the Soviet authorities and it was left unfinished. A lot of the commercial amenities and public spaces were never completed. Thus we looked at how to introduce commercial uses to that district so that people don’t need to travel long distances. Partly, it was also a mobility question: how to better connect that district with the rest of the city through street-cars or tramways and better public transit connections in general? We used the urban network analysis tools to model the pedestrian flows in the area and to predict how they change if certain interventions are put into place, like if a new tram line is added.

Picture of Lasnamäe (from YIT)

What role could AI play in improving places like Lasnamäe?

The world of AI in addressing urban problems can potentially be interesting, but there is no replacement for a more traditional scientific approach, which really seeks to understand how things work. AI often refers to machine-learning, and machine-learning is a black box. You don’t know which patterns you detect and why or how the patterns are constructed. You just see the outcomes. In urban studies, that can sometimes be a very dangerous approach, because we really seek to understand things rather than use a black box method that detects patterns. That’s why I don’t believe that AI is a solution to a lot of the complex issues we face today. A lot of the issues can be tackled with existing methods of social science or qualitative methods.

My ideal type of city is one that is largely accessible without a car. It is diverse ethnically, culturally and racially. It’s a city where there’s a strong public sector and the public spaces are high quality, not just the private spaces. My ideal city is dense enough to have certain opportunities at hand. But too much density is not good either. It’s also very important that a city has enough green space. If you look at cities that have achieved these qualities, I think London comes pretty close. Of course, the problem with London is that it’s not entirely inclusive, at least in terms of affordability.

I also think that fundamentally the people who work or live in these spaces have to have a say in the city’s development. It cannot be all top down. It’s easy to think about how we could do an ideal city when you have a very strong government like in China or Saudi Arabia. But I think if a city is all developed by central authority it still won’t be a very good city. There needs to be ample capability for the users of the built environment to be able to configure the space to their own needs and desires. A good city is pluralistic.