The Science behind the 15-Minute City 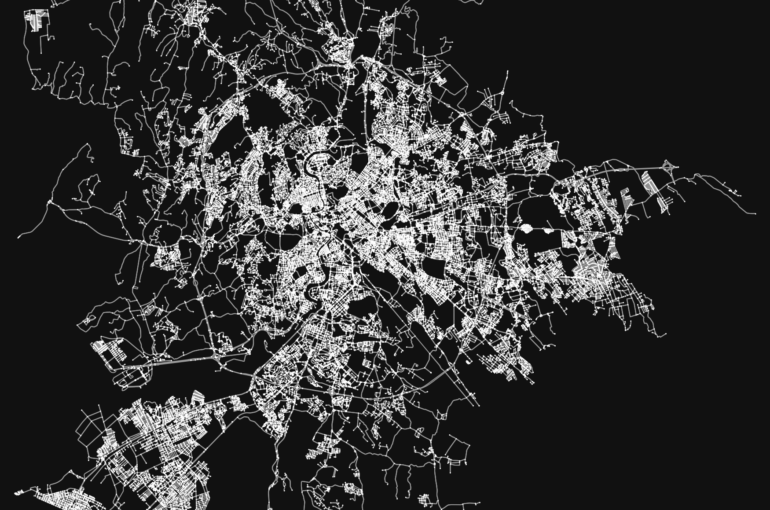 Jeremy Burke, Contributor and Advisor of Urban AI, is a Co-Founder and Managing partner of Aretian Urban Analytics and Design. As a City and Architectural Designer and Researcher interested in how new modeling techniques can describe complex social systems, Jeremy graduated from the inaugural cohort of Harvard University’s Master in Design Engineering

Ramon Gras, Contributor and Advisor of Urban AI, is a city science researcher and urban designer from Barcelona, ​​working on the urban innovation space. Ramon’s research at Harvard focuses on analyzing how city form typologies and different types of networks of talent and industries impact urban performance, to improve the quality of life of citizens. Ramon (BarcelonaTech’10, MIT’15, Harvard’18) is also Co-Founder and Managing Partner of Aretian Urban Analytics and Design.

The Science Behind the Fifteen Minute City

The majority of the world’s population lives in cities. Over the coming decades, population migration will continue to exacerbate existing urban issues such as overcrowding, housing shortages, congestion and increased commuting times, resource constraints, uneven access to amenities and services, scarcity of socialization opportunities, and vastly disparate access to employment opportunities. The concept of the 15-minute city aims to address these challenges, proposing the possibility of a multi-hub city which provides individuals with equal access to housing, places of work, recreation, and efficient transport within locally oriented neighborhoods defined by proximity.

In addition, the 15-Minute City has recently gained a lot of interest for the positive qualities that it can bring to urban life. Specifically, authors such as Carlos Moreno and other city scientists and practitioners have proposed their own visions of the 15-Minute City; however, it can be difficult to understand the step by step process to achieve the results without a city science-driven quantitative analysis to assist in planning and design changes. In order to achieve the best results, it is necessary to have a clear process which is capable of quantitatively analysing, measuring, and providing specific recommendations to help transform existing urban environments so that they become walkable, 15-minute city neighborhoods.

The Aretian Team, a Harvard University research-focused company, has designed a geospatial City Science methodology for evaluating the relationship between city form, urban dynamics, and urban performance. By analyzing the impact of urban topology, morphology, and scale on human behaviour, we can infer how the different city form typologies impact the performance of every urban area. Our mathematical model enables us to evaluate how two dimensional systems (street layouts, orientation patterns, network hierarchies), three dimensional systems (building form, height distributions), and scale//density levels; as well as other time-based urban form and placemaking factors that impact the human experience and the overall success and enjoyment of a city.

“City Science Methodologies enable us to identify urban design guidelines tailored for each city and context in order to achieve the 15 Minute City quality standards”.

The 15 Minute City aims to satisfy a dual purpose: first, facilitate the geographic concentration of activities to benefit from the surplus associated with scaling and concentration, and second, it aims to present a distributed system, allowing for citizens, residents, and professionals alike to access the critical services within walkable distance regardless of where they live and work. Furthermore, the analysis allows us to review and measure critical variables that describe the knowledge economy, social interaction patterns, accessibility to housing and employment opportunities, access to urban services and amenities, as well as urban efficiency in terms of mobility, energy, and water systems.

We have evaluated dozens of metropolitan regions and hundreds of municipalities around the world, and compared them with one another to identify city form patterns and their impact on urban performance with respect to their ability to satisfy the 15 Minute City quality standards. To calculate many of the features in our database, we first designed a core set of KPIs addressing the goals of the 15-minute city, including the knowledge economy (networks of talent and industries); liveability and socialization; walkability; access to cultural amenities, leisure, public transit, education and healthcare. Through the comparison and clustering of the features of both the theoretical and empirical examples we identify the subtle ties between city types characteristics related to topology, morphology, entropy, and scale and urban performance with respect to the urban performance goals of the 15-minute city.

By designing a series of Urban Performance KPIs, we establish apples-to-apples, analogous metric comparisons for each feature characterizing the 15 Minute City. The Value Creation KPIs enable us to measure the superlinear benefits of aggregation in urban hubs; the Value Capturing KPIs allow us to describe the sublinear benefits of distributed networks in terms of economies of scale, universal access and resilience.

By deploying geographic clustering and machine learning classification techniques, based on urban topology features such as topology (2D), morphology (3D), and scale, we have identified 10 fundamental city form typologies that structure the urban fabric:

Each of these typologies presents specific features and characteristics, thus fostering or hindering the ability for those urban environments to achieve the quality standards of the Fifteen Minute City. It is possible to determine the contribution of each city form type to the urban setting through our network science mathematical modeling and goodness of fit tests, thus enabling us to predict urban performance over time. By way of example, Linear Cities tend to minimize the access of most nodes to the key avenues of the urban fabric network, whereas Radial or Concentric Cities tend to aggregate resources around a core area, thus enabling the creation of social surplus and benefitting from scaling strategies.

Advantages of the Fractal City

Our current research efforts are already starting to reveal interesting patterns and performance results — one city type that is worth looking more closely at is the Fractal City. The fractal city is constructed with a series of hubs (city/neighborhood centers) that are strategically spread throughout the city providing access to important amenities to residents and businesses alike. Mathematically, we describe this distribution as having positive, Power Law-driven, non-linear benefits through the aggregation of urban infrastructure and activities. More so than any other type of city, the fractal structure provides equitable access to critical services and mobility within walkable distances.

In summary, the 15 Minute City quality standards are rarely met by cities and urban areas today, although they are feasible, attainable and desirable. A key take away from our analysis shows the power of how mathematical modeling can help to address specific design challenges of urban environments by evaluating each component of cities individually and finding common patterns between different city types. This allows us to understand and learn from the diagnostics technique and use it for recommendations in the future. While no city is exactly of a single type, it is therefore important to have a tool which can respond to the complexity of real world examples, where cities are made of multiple types blended together. Therefore this type of analysis can be helpful for us to better understand how our cities perform and the best way to make interventions to improve the quality of life in each context.

Moving forward, a core challenge will be to identify what types of urban design and placemaking interventions can reinforce the fractal condition of any given city type, as well as what types of network science analyses (such as geographic clustering, reach and gravity indexes, triadic closure, strength of weak ties, catchment area analyses, betweenness, etc) can inform exogenous shocks in the system to raise the overall quality of life. This will boost the chances for cities to increase their ability to serve their citizens by achieving the quality standards of the 15 Minute City.

This article is also available on our Medium : https://medium.com/urban-ai/the-science-behind-the-15-minute-city-ad00887febe