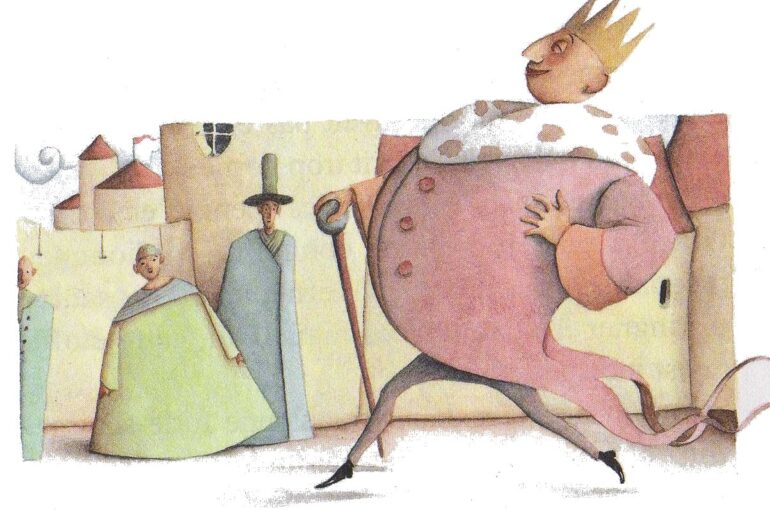 How does the Andersen’s tales translate themselves into AI and the “Smart City”? The answer is here:

Andersen and The Emperor’s New Clothes

In Copenhagen I met Stephen Alstrup, CEO and co-founder of SupWiz. To conclude our discussion (which mainly focused on the use of chatbots by town halls), Stephen told me the tale of “The Emperor’s New Clothes” from Hans Christian Andersen.

In this tale, the Danish writer portrays an emperor so fond of himself and his clothes that he forgets about his kingdom and subjects. Having heard of this fact, two crooks introduce themselves at his court as the greatest weavers of the region. They claim to be able to create a fabric so beautiful that only the smartest will be able to see it. Confused, the emperor asks that the two strangers create such a garment. A few days later and the crooks come back empty-handed, but full of confidence: “here’s the fabric, what do you think of it?”. The emperor cannot see it, but, refusing to look like an idiot, exclaims the garment is magnificent. The courtiers, of course, are quick to agree with their king: “splendid!”, “magnificent!”, “an unrivalled work!”, they say.

Galvanised by the fabric’s success, the emperor decides to tour his kingdom in his new outfit. His people, however, could not quite muzzle their surprise as they saw their emperor parading naked in the streets! Nobody dared utter a word however, until a child, standing out of the crowd, exclaimed: “why, the king is naked!”. Laughter started spreading amongst the people and, soon enough, the angered crowd protested: “He has no clothes at all!” Humiliated, the king decides to carry on parading with his invisible garment nonetheless.

What’s the connection between the tale and urban AI?

For Stephen, some cities are similar to Andersen’s emperor: willing to pretend to be “smart”, they dress themselves in illusions to the point of nakedness.

In the first case, the technology is an injunction, guiding its citizens (often without them knowing it).  This way, the city becomes “user friendly”. Richard Sennett gives the example of a tourist going for a coffee and looking on Google Map where the nearest Starbucks is rather than take the time to discover the city. The wide array of choices, areas and roads are now reduced to an optimised route. The city, which used to be vast and complex, is now narrowed and simple. To come back to Stephen’s example, the city is bare, “unclothed”.

The “coordinated smart city”, on the opposite, opens a lot of opportunities rather than restricting them. It stimulates the citizens and gives them free space.

How? Here’s my answer via 3 discoveries I made during my trip around the world.

Getting the city dressed again

In Singapore, I met Fabien Clavier (Project Coordinator for the ETH in Zurich). There he introduced me to a software called “Ideas for Tanjong Pagar”, a reference to the Singaporean harbour’s name which is about to be replaced. Available online, this software allows for the citizens to create their ideal area (similar to the SimCity video game). The collected data are then displaying patterns which, in return, show the citizens’ needs and desires as to how the territory should be laid out. The open world of “Ideas for Tanjong Pagar” brings the users to question themselves, to build hypothesises: “what if I created higher towers?”, “what if I added more parks?” etc. According to philosopher Charles Sanders Peirce, “what if?” is the first step towards an elaborte thought.  Thus ETH’s tool coordinates a double level of complexity: quantitative (from the citizens’ involvement) and qualitative (each citizen offers a non-structural, unique solution).

In Amsterdam, Alessandro Bozzon (Professor and Chair of Human-Centered Artificial Intelligence at the Delft University of Technology), introduced me to the Social Glass project. Born from a collaboration between the AMS (Amsterdam Institute for Advanced Metropolitan Solutions), the city of Amsterdam and the Delft University of Technology, Social Glass uses web mining on social media (Twitter and Instagram) to better understand the citizens: how do they react to a rare event? Which urban planning do they wish to see? What is their “emotional state”? Where a survey would have made the citizens’ answers limited and predictable, Social Glass offers an open and nuanced approach.

Then, during my trip to London, I met Alison Fairbrass (Postdoctoral Research Associate at the UCL). She works on the use of AI as well as acoustic sensors to map out the biodiversity of urban London. This technique has especially been used to identify the influence of some urban activities (such as organising a football match) on bat populations. There, the AI adds a level of complexity to the urban landscape. Richard Sennett distinguished two urban realities: the town (for its buildings and infrastructures) and the city (as in citizens). Alison’s works push us to add a third one: the “living” (fauna and flora).

In each of these examples, the AI opens up the city to new possibilities. Far away from simplifying or reducing it to an accumulation of services (the “service-city”), it dresses it up in a fragmented and imperfect fabric, yet visible from everyone.