Will we live in invisible cities? 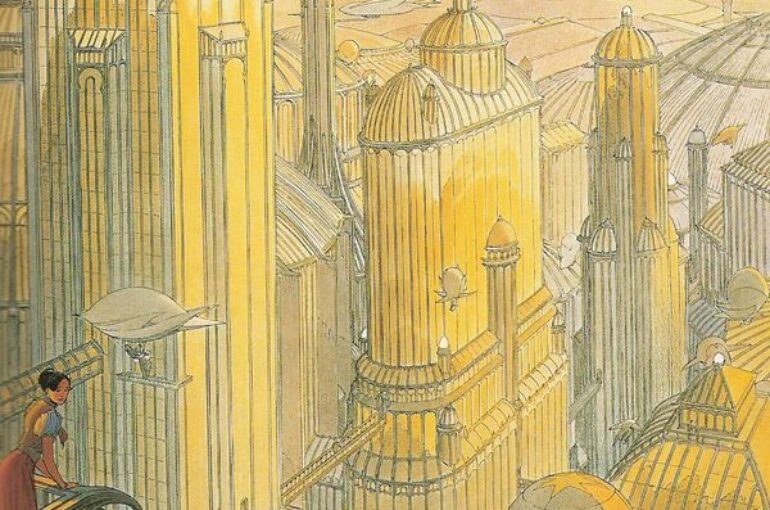 The cities of Italo Calvino

In Invisible Cities (1972, Italo Calvino), the Emperor Kublai Khan asks that Marco Polo explore his wide empire and report back on what is happening. To the ruler’s great surprise, the explorer does not come back with weapons, spices nor relics, but with words, dreams and desires. In the beginning, the Emperor’s disappointment is huge: “”The other ambassadors warn me of famines. extortions. conspiracies, or else they inform me of newly discovered turquoise mines, advantageous prices in marten furs, suggestions for supplying damascened blades. And you?” the Great Khan asked Polo. “you return from lands equally distant and you can tell me only the thoughts that come to a man who sits on his doorstep at evening to enjoy the cool air. What is the use, then. of all your travelling?””

Italo Calvino’s book wants to bring answers to that question. As Kublai Khan (and the readers) listens to the explorer, he discovers another world. His world, to be precise. More than any other ambassadors, Marco Polo reveals to his emperor what his empire is made of. Taking on single details as an example (a fisherman, a windmill, a street…), the explorer unravels an ontology of cities. We could say he captures their atmosphere, their idiosyncrasy. In other words, Marco Polo brings back “invisible cities” from his travels.

For about three months, I have been travelling the world of urban AI. During those 3 months, I have discovered innovations which are going to transform our cities: autonomous mobility, smart grids, parametric architecture, delivery drones, micro-targeted urban advertisements, natural disasters’ forecasting tools…

Most of the time, these urban AIs only have one purpose: optimization. Optimization of flows (contributing to a more fluid traffic, better distribution of resources, smart management of ports,…) and stocks (occupants rate within residential/office buildings of 100%, predictive maintenance of infrastructures…). This optimization aims to create “healthy cities” (the city is often compared to a living organism). René Leriche, a surgeon, used to say: “silent organs are proof of a healthy life”. Therefore a healthy city is a silent one, fluid, clean, odourless… It is interesting to note that each of this characteristic can be measured and analysed by using AI technology. The Sounds of New York (SONYC) project aims to determine the acoustic imprint of the city as well as the origins of its noise disturbances. It isn’t only about producing a “heatmap” but rather to automatically source where a noise is coming from (this is where the AI plays its role). Following this logic, cities resort in AI technologies more and more to estimate how clean they can be, create measurements of the air’s quality, traffic conditions in real-time, etc. Slowly but surely, the city disappears behind a cloud of data. It becomes invisible from its users’ and owners’ point of view.

In this context, the invisible does not represent the cities of Italo Calvino. Whereas the Italian writer used the city as a support to tell a story (and a truth), the healthy city is invisible because it is dematerialized, mute, “fluidified” (Paul Blanquart, une histoire de la ville). The healthy city obeys to physiocrats’ ordinances: “let it speak, let it happen”. The same ordinance which, in 1747, was responsible for the creation of the Ecole nationale des Ponts et Chaussées. In doing so, Daniel-Charles Trudaine (its founder) wanted to set up a clear boundary between what was aesthetic and what was useful. Three centuries ago, the difference between Calvino’s cities and the healthy cities were (already) formed. On one side, the matter is sublimated. On the other, it is abandoned or exploited.

However, isn’t it a superficial difference? After all, the “healthy city” offers a happy life in a serene society.

We could say our AI technologies create “fragile cities” (a criticism Gaspard Koenig developed in La fin de l’individu). The healthy city would be fragile because of its hyper-health. A mere failure would trigger a system paralysis: in a world made of autonomous cars, a traffic light’s malfunction could result in the traffic being interrupted (whereas a human-being could have easily overcome this issue by adapting himself). In fact, this criticism has two flaws: 1) AI technologies are more and more used to optimize rare events management (for instance, thanks to the IBM’s FASTER software from Singapore or with the use of Web mining to counter earthquakes in Tokyo). 2) The incapability for the AI to reflect upon unusual situations could be reduced by creating (slightly) diverted algorithms, themselves able to produce unusual situations.

However, there is still a problem with these healthy cities: they neglect our humanity. Of course, cities are part of our environment more and more, but that’s not all they are. They are a way to meet each other, to be amazed and to enjoy beauty. This is where Italo Calvino’s lessons lie: they are the witnesses of our history and what makes us unique. Later, Saskia Sassen will develop the same idea and say that our cities are telling us something, that they’re here to witness. To that extent, a silent city is a “dead land”.

The urban utopia is not an anthill, beehive or even a human body, simply because these comparisons assume we are ants, bees or blood vessels… Our cities must be alive and invisible (to Calvino’s idea), optimized and poetic. On one side, this is about our survival, on the other, it is about our humanity.

A personalised car in a Seoul’s parking lot